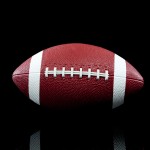 It is time to treat our brains with the respect and care they deserve. They are equally as important as any other vital organ, and they are significantly easier to injure. And yet, we seem to worry more about our hearts and lungs, which are generally better protected.

Like millions of football fans around the world, I was outraged when I learned that at least one NFL team conducted a years-long “bounty” program that rewarded players for inflicting injury on opposing team members. Since the scandal first hit, we have learned more about how pervasive the culture of violence was in the New Orleans Saints’ locker room and front office.

A new audio recording of former New Orleans Saints Defensive Coordinator Gregg Williams’ final 2012 pre-game speech to players reveals the magnitude and specific nature of the program. “We need to decide on how many times we can beat [San Francisco 49ers running back] Frank Gore’s head,” he says. “We’ve got to do everything we can in the world to make sure we kill Frank Gore’s head. We want him running sideways. We want his head sideways.” Williams also directed his players to test the toughness of Arizona State receiver Kyle Williams, who was playing for the first time since suffering a concussion on December 24th.

These players are our sons and daughters; they are our friends and family. I am convinced that the problem is more widespread and systemic than on one NFL team – that it is rooted in the foundation of sports beginning with our children. We teach them to win at any cost, which often comes at the expense of their vital organs and their long-term quality of life.

If we look at the history of human culture, we find that 2,000 years ago we had gladiators that wanted to hit and inflict pain on each other for sport. They wanted to see blood. It is in our primal instinct to kill and be killed, driven by that savagery of violence.

I like to think our society has changed and improved over the millennia since then. We do not tolerate violence on such magnanimous public display, but we have let it slip deeper into competitive sports. Our job as parents, youth coaches and community leaders is to reverse this awful trend.

Why are we sending our children in to play a sport that has the potential to cause traumatic brain injury without demanding change? As parents, we have to recognize that this is not only an issue for brain-injury experts and doctors to solve. Nor is it simply an issue about altering the game of football with sensible rule changes.

We have to go out in our communities and create a movement with a powerful, decisive message. Excessive violence in football, or any sport, will not be tolerated. Our children and professional athletes are suffering concussions during the course of a game at alarming rates. There is nothing fun or enriching about a game that leads to long-term traumatic brain injuries.

Football is part of the American spirit; a part of the culture that we cherish. But very few acknowledge how many children and adults are sustaining traumatic brain injuries as a result of this sport. Indeed, so many of us seem to forget that nobody is really winning when a player is hit so hard that they see stars, receive a concussion, are paralyzed or suffer a traumatic brain injury.

It is time for us to redefine the meaning of winning in American football.